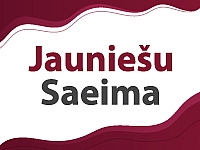 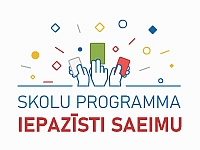 AktualitātesSaeimas ziņasSpeaker Mūrniece to the President of Ukraine: You can count on strong support from the Parliament of Latvia

Speaker Mūrniece to the President of Ukraine: You can count on strong support from the Parliament of Latvia

"There is broad support in the Parliament of Latvia for Ukraine's Euro-Atlantic integration. We are following the developments in Ukraine, and you can always count on strong support from Latvia's Parliament for Ukraine's sovereignty and territorial integrity," said Ināra Mūrniece, Speaker of the Saeima, on Wednesday, 16 October, addressing the President of Ukraine Volodymyr Zelensky during his official visit to Latvia.

The Speaker underlined Latvia's consistent policy regarding the non-recognition of the unlawful annexation of Crimea, emphasizing the necessity to maintain sanctions against Russia until complete fulfilment of the Minsk Agreement.

Commenting on the human rights situation in Crimea, the Speaker stressed that the Saeima had recognised the deportations of Crimean Tatars as genocide.

"Latvia may not be a large country geographically but it is big at heart,” said the President of Ukraine. President Zelensky thanked Latvia for its support in providing rehabilitation to Ukrainian soldiers injured in hostilities in Eastern Ukraine. President Zelensky also thanked Latvia for its initiative and strong stance at the Parliamentary Assembly of the Council of Europe (PACE) opposing the decision to restore Russia's voting rights at the Assembly.

During the meeting, the parties discussed the course of the on-going reforms in Ukraine. Speaker Mūrniece noted the importance of continuing the reforms, which strengthen the democracy in Ukraine, and ensuring their proper implementation and irreversibility.

The officials also discussed the implementation of the European Union's Eastern Partnership policy, sharing the view that one of the next items on the cooperation agenda could be abolishing roaming charges in Ukraine.